A Morton's neuroma usually develops between the third and fourth toes. Less commonly, it develops between the second and third toes. Other locations are rare. It also is rare for a Morton's neuroma to develop in both feet at the same time. The condition is much more common in women than men, probably as a result of wearing high-heeled, narrow-toed shoes. This style of shoe tends to shift the bones of the feet into an abnormal position, which increases the risk that a neuroma will form. Being overweight also increases the risk of a Morton's neuroma.

Occupational hazards. Individuals whose jobs place undue stress on their forefeet (with or without wearing improper footwear) are among those who complain of neuromas. Podiatric physicians report that individuals who work on ladders, or who perform activities on their knees (such as doing landscaping, carpeting, flooring, or other work on the ground) are at risk for this problem, too, since these activities cause stress to the nerve near the ball of the foot. Those who engage in high-impact activities that bring repetitive trauma to the foot (running, aerobics, etc.) have a better than average chance of developing a neuroma at the site of a previous injury. To put it more simply, if you have sustained a previous injury to your foot (a sprain, stress fracture, etc.), that area of your foot will be more prone to neuroma development than an area that has not been injured. However, sports injuries aren?t automatically a ticket to neuromas. Trauma caused by other forms of injury to the foot (dropping heavy objects, for example) can also cause a neuroma to develop at the site of the previous injury. Much though we hate to say it, sometimes neuromas just develop and nobody knows why. The patient doesn?t have a previous injury, is wearing properly fitted shoes, and doesn?t stress his/her feet with any specific activity but the neuroma develops anyway. It is important to remember that some of the factors listed above can work alone, or in combination with each other, to contribute to the formation of neuroma.

Outward signs of Morton's neuroma, such as a lump, are extremely rare. Morton's neuroma signs and symptoms, which usually occur unexpectedly and tend to worsen over time, include, pain on weight bearing (while walking) - a shooting pain affecting the contiguous halves of two toes, which may be felt after only a short time (of weight bearing). Sometimes there may be a dull pain rather than a sharp one. Most commonly, pain is felt between the third and fourth toes. Typically, a patient will suddenly experience pain while walking and will have to stop and remove their shoe. Burning. Numbness. Parasthesia, tingling, pricking, or numbness with no apparent long-term physical effect. Commonly known as pins-and-needles. A sensation that something is inside the ball of the foot.

In some cases your doctor will be able to feel the Morton's as a swelling in the middle of your foot. However they may also suggest an X-ray or a blood test - this is normally to rule our other causes of the pain such as arthritis. The most accurate way to diagnose Morton?s itself is with magnetic resonance imaging (MRI) or ultrasound.

Initial treatment for Morton?s Neuroma may include non-prescription anti-inflammatory medications to reduce pain and swelling. These may consist of standard analgesics such as aspirin and ibuprofen (Advil, Motrin, others). Massaging the painful region three times daily with ice. Change of footwear. Avoid tight shoes, high heels or any footwear that seems to irritate the condition. Low heeled shoes with softer soles are preferable. Arch supports and foot pads to help reduce pressure on the nerve. In some cases, a physician may prescribe a customized shoe insert, molded to fit the contours of the patient?s foot. Reducing activities causing stress to the foot, including jogging, dancing, aerobic activity or any high impact movements of the foot. Injections of a corticosteroid medication to reduce the swelling and inflammation of the nerve and reduce pain. Occasionally other substances may be injected in order to ?ablate? the Neuroma. (The overuse of injected steroids is to be avoided however, as side effects, including weight gain and high blood pressure can result.) 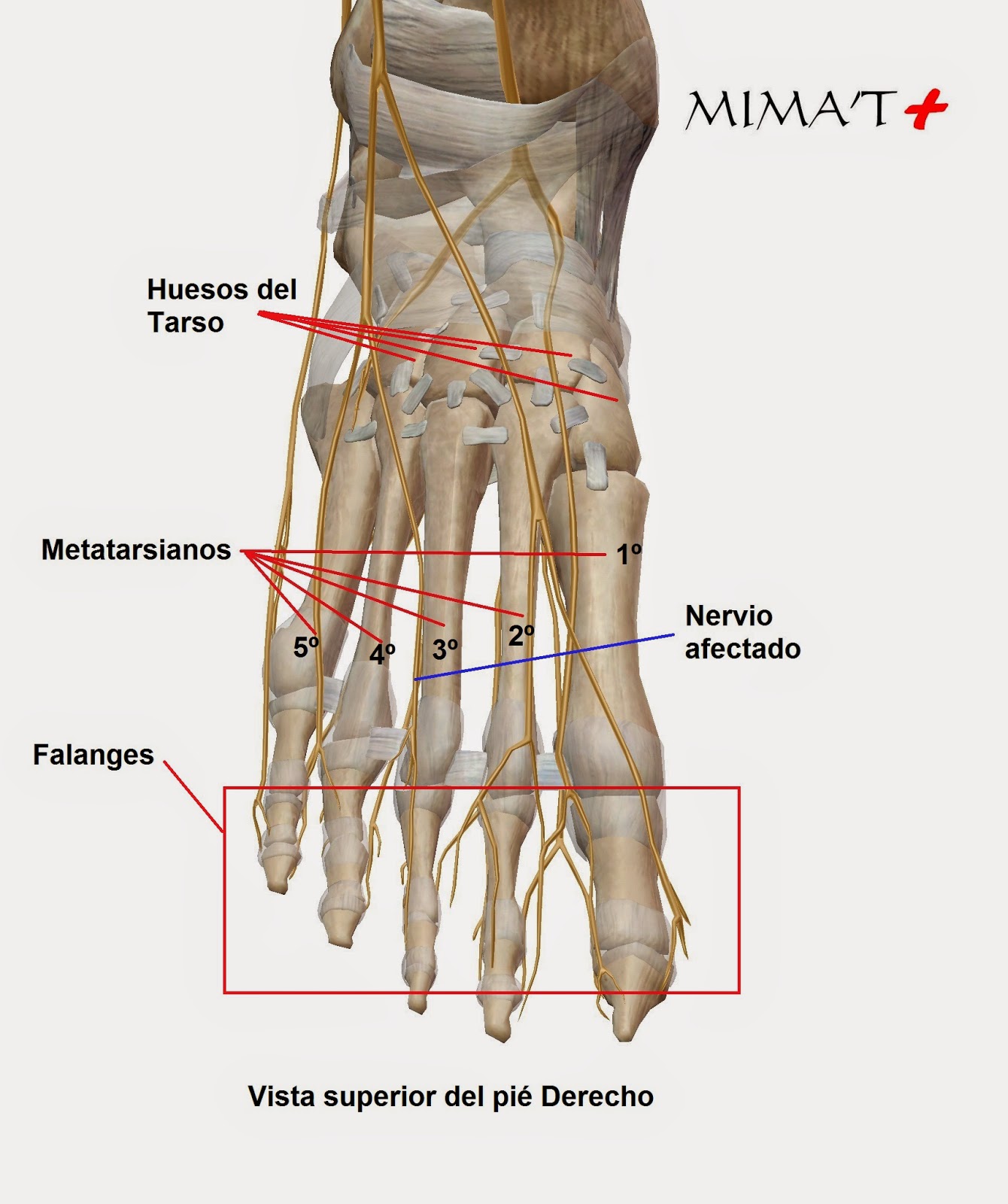 Surgery is occasionally required when the conservative treatment is not able to relieve your symptoms, particularly if you have had pain for more than 6 months. 80% of patients who require surgery report good results, with 71% of people becoming pain-free.
« True And Apparent Leg Length Discrepancy The Solution To Leg Length Discrepancy … »
Profile

Login to quote this blog

You cannot quote because this article is private.